Indonesia has more than Bali

In my previous post, I wrote that for my trip to Indonesia I am expecting temperatures at the upper end of the scale. They were and in adition humid - even very hot and very humid! But the fantastic experiences in the rainforest of Borneo made me forget the stresses and strains. It was an incredibly wonderful feeling to take pictures of Orangutans so close. 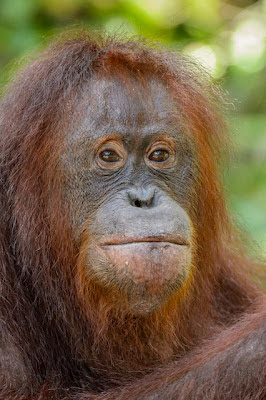 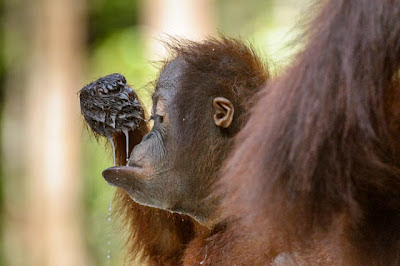 In the rain forest, north of Sulawesi, it is in the early morning dark and humid hot. The nocturnal tarsiers return to their tree holes. The small primates are just 10-15cm tall and make long jumps. They persist for a few seconds in between but almost immobile and can be photographed despite the absence of light. In the rain forest we also found the endemic crested black macaque who frolic in large family groups or sometimes for a short time are posing on a tree trunk. 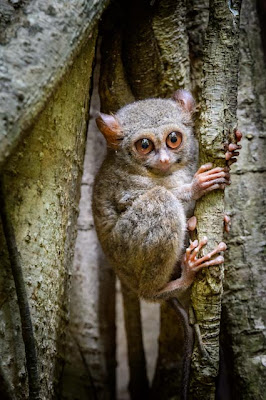 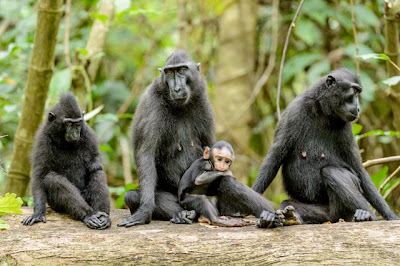 One of the toughest jobs in the world, the workers in the sulfur mine at Ijen volcano. Without respiratory protection they break amidst sulfur fumes out the sulfur lumps with iron bars and package them in bamboo baskets. A cargo weighs between 60 and 80 kg and is carried on the shoulders by a steep path to the edge of the crater 200m higher. From there they continue to the base of the volcano, which lies 500m deeper. A brutally hard work. We do the tour with porters for our camera gear and gas masks. 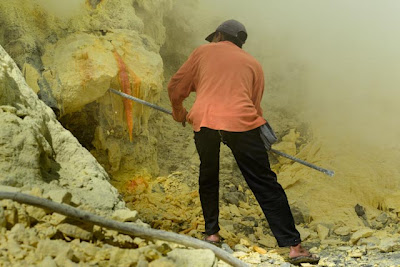 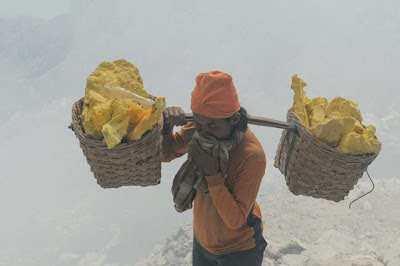 Indonesia extends across the Ring of Fire, a series of 452 volcanoes, ranging from South America to Alaska and down to Japan via Indonesia. In Indonesia, the volcanoes are most active. From Penajakan, a viewpoint near the Mt Bromo, we experience a spectacular sunrise. 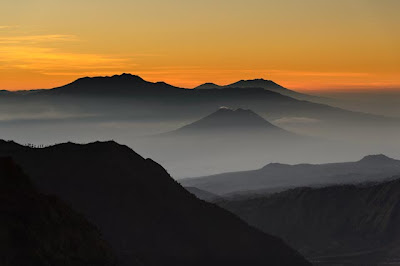 Like a trip to the Jurassic Park is a visit to the small Sunda islands in eastern Indonesia. With a houseboat we sailed to the islands of Komodo and Rinci to photograph Komodo dragons. We were lucky to shoot a fight between two males and to see the dragons along the beach. 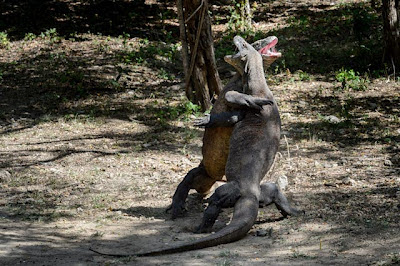 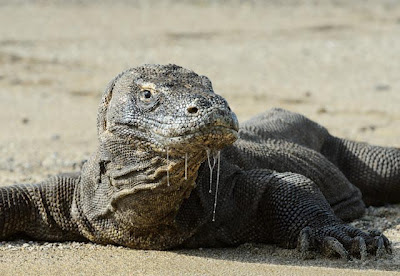 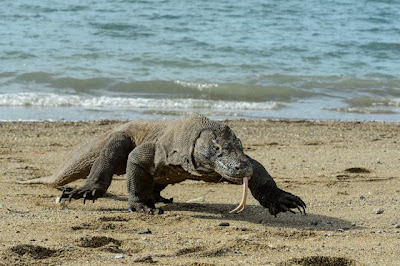 We also photographed landscapes, people and culture. Be it at a market, where next to fruits and vegetables rats, bats and dog meat is sold or in the rice fields and villages. The people were extremely friendly and we experienced, that in the remote parts of Indonesia, western faces are very rare. We were "marvelled at" and more than once they ask for a photo with them. 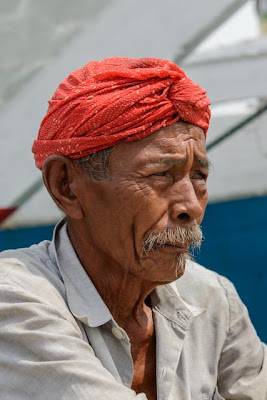 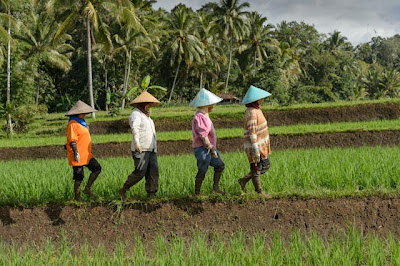 More images can be seen in the gallery of my Homepage.
Posted by Rudolf Hug at 3:38 PM No comments: