The spectacular scenery of Alaska, whales and grizzly bears. Three themes that make a trip to Alaska worthwhile. And, for Alaska fantastic weather with plenty of sunshine and only one day of rain. Mosquitoes - just a few and light-conditions, which delight the heart of a photographer.

The second part of the journey leads me to the Lake Clark National Park. On the coast of Cook Inlet, live a number of coastal grizzlies, mostly mothers with their cubs and youngsters. From Anchorage, it is a one hour flight with an over forty year's old Super Otter. The flight is phenomenally quiet and with a virtually cloudless sky, the view is terrific. 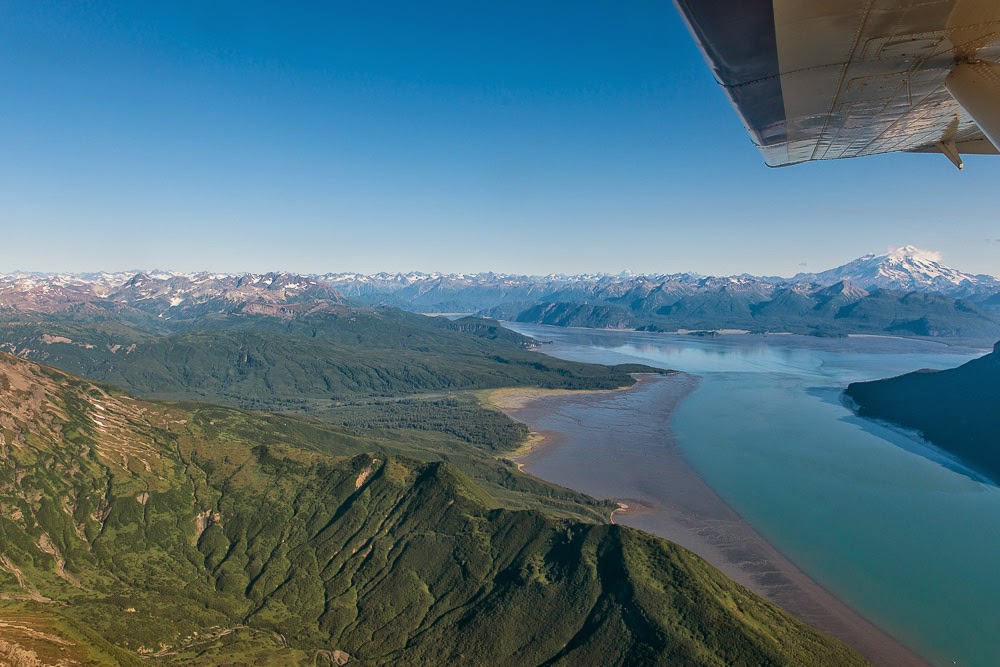 The Coastal Grizzlies feed this time of year mostly in the sedge meadows or use the low tide to dig in shallow sand for clams. The bears find the clams, which are up to eight inches below the surface, with their fine nose. 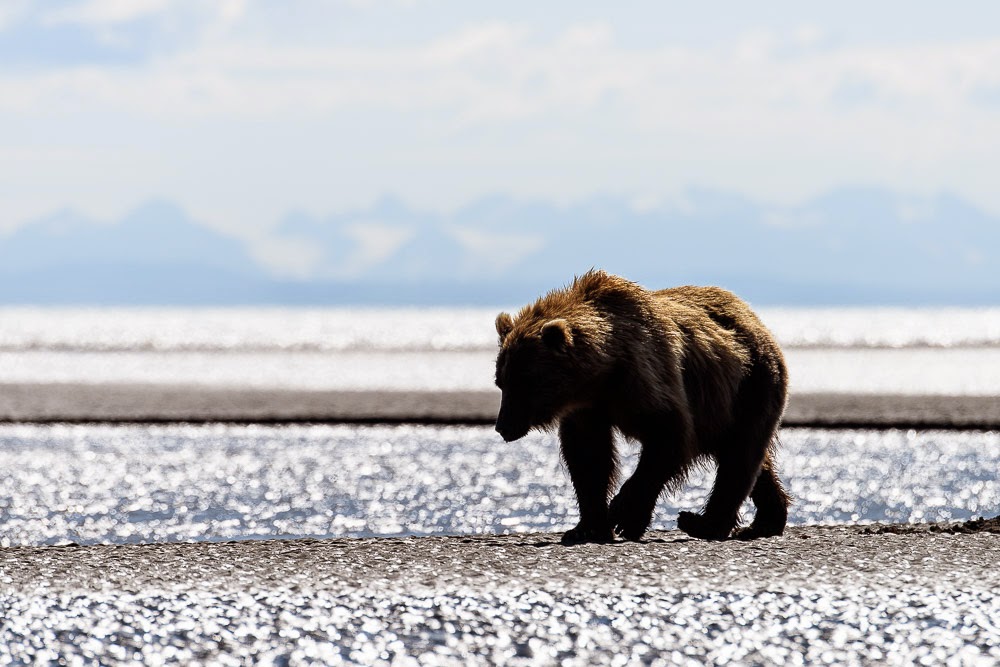 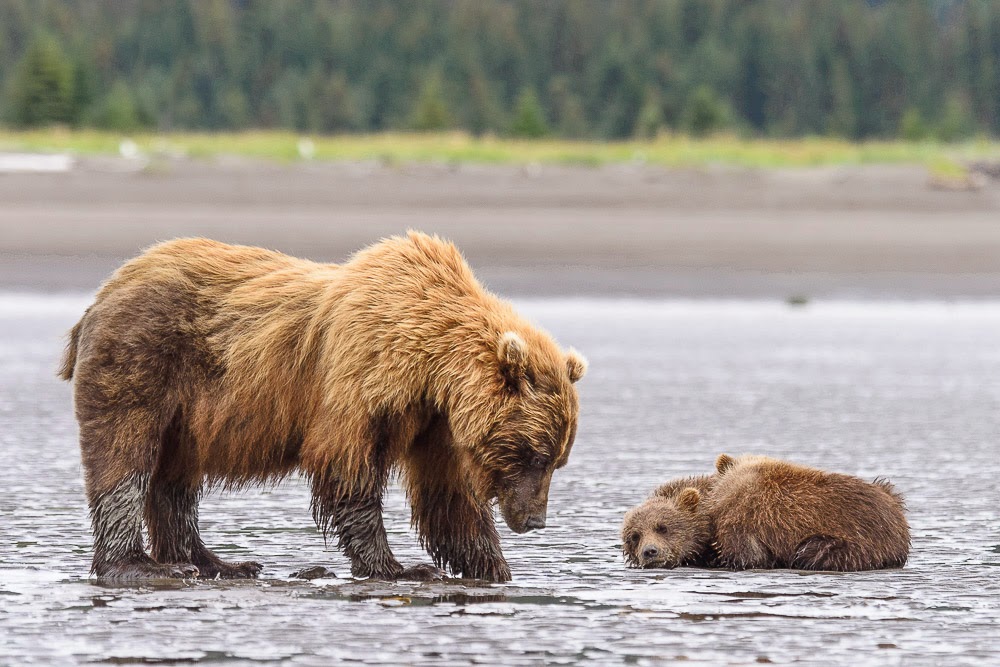 The sunrises and sunsets give a fantastic, mystical light. The days are long, as we often start a six in the morning and get back to the lodge after 10 PM. During mid-day however, the light is harsh, so we use this time for a siesta. 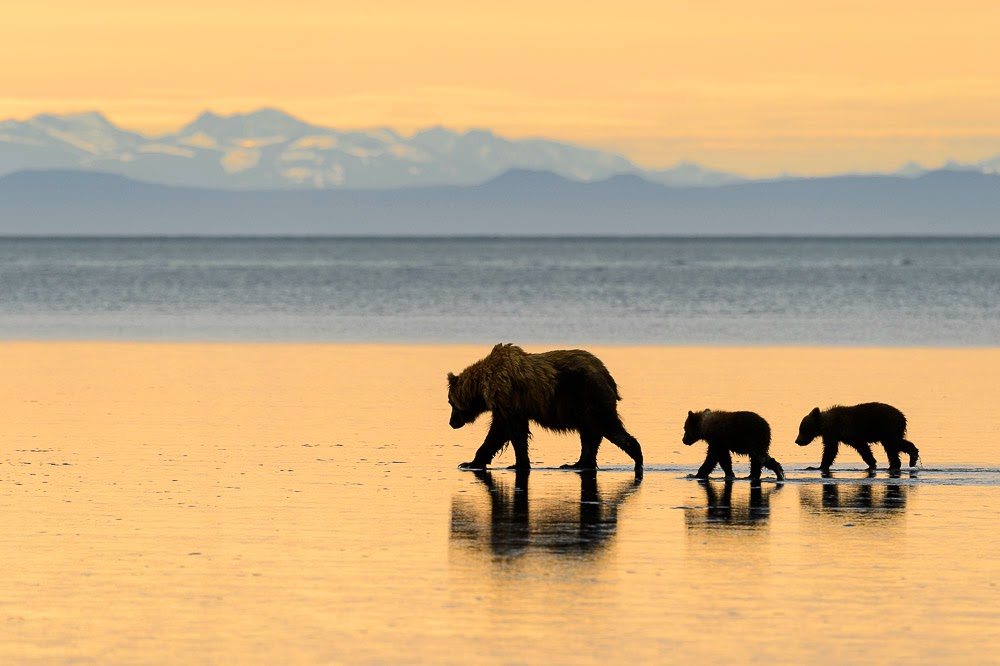 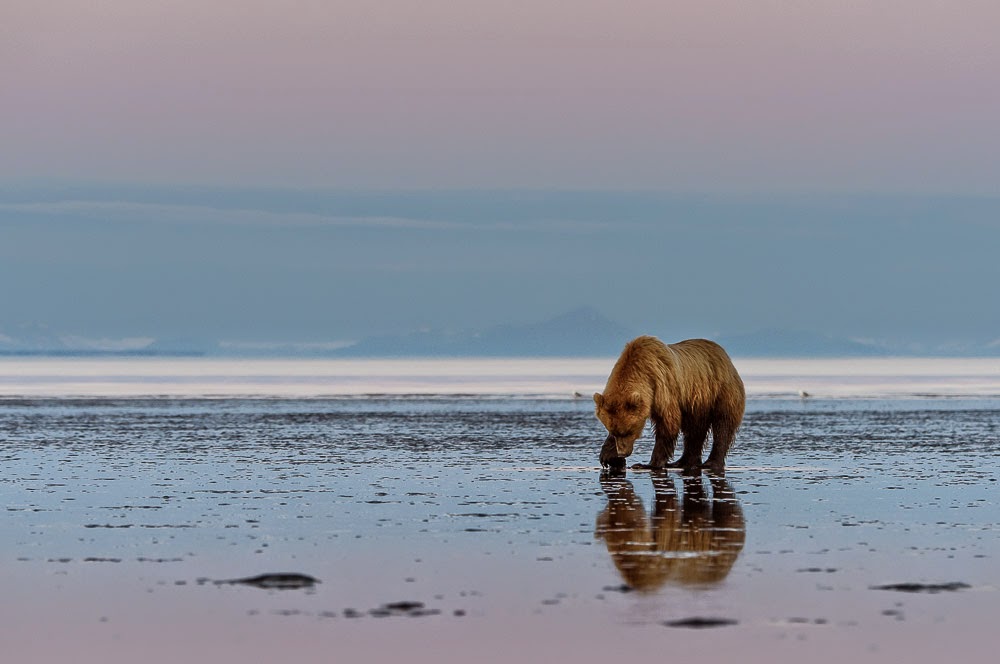 Since almost no males are in the area, the mothers move relatively careless with their young. Nevertheless, they are always on guard, because also another female could threaten their offspring. They nurse the young in the immediate vicinity of us, which shows that they are very accustomed to people. 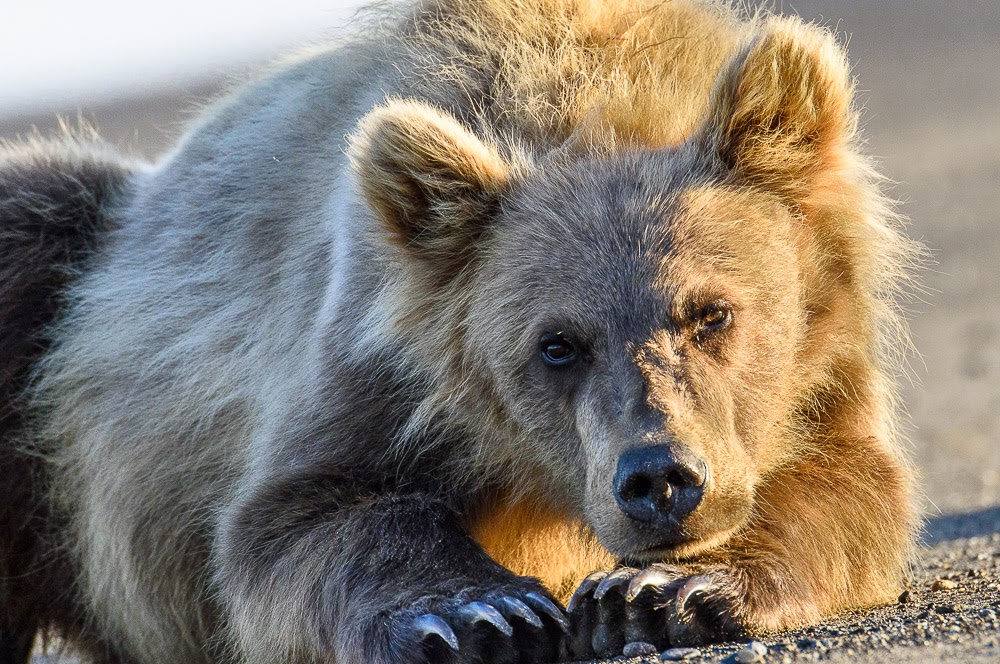 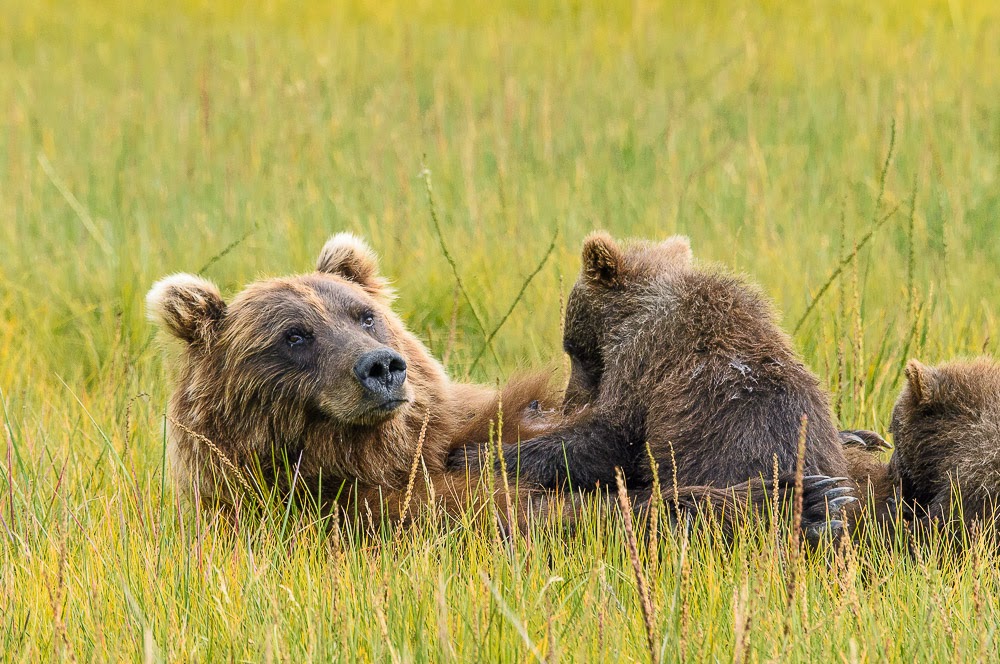 The silver salmon run has just started. Patiently the old female waits for the first salmon. After a few failed attempts she succeeds and eats the first salmon from head to fin. 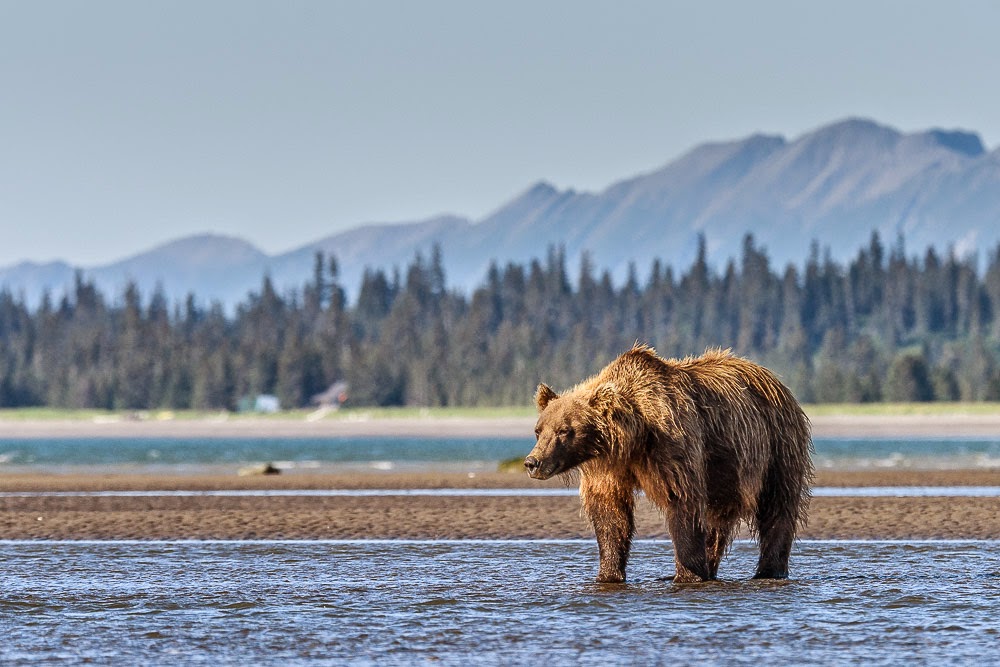 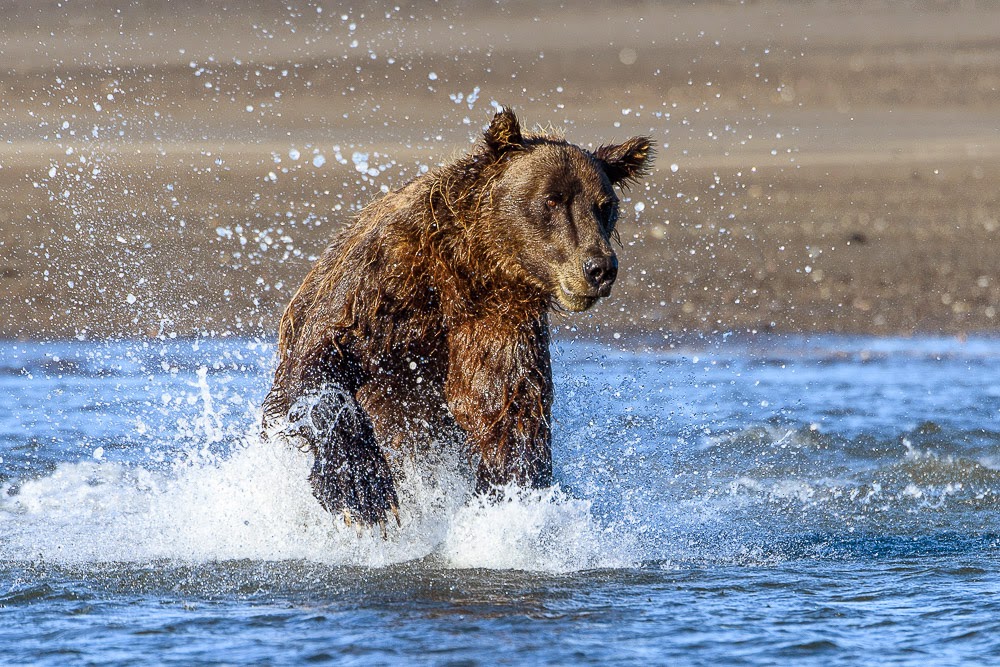 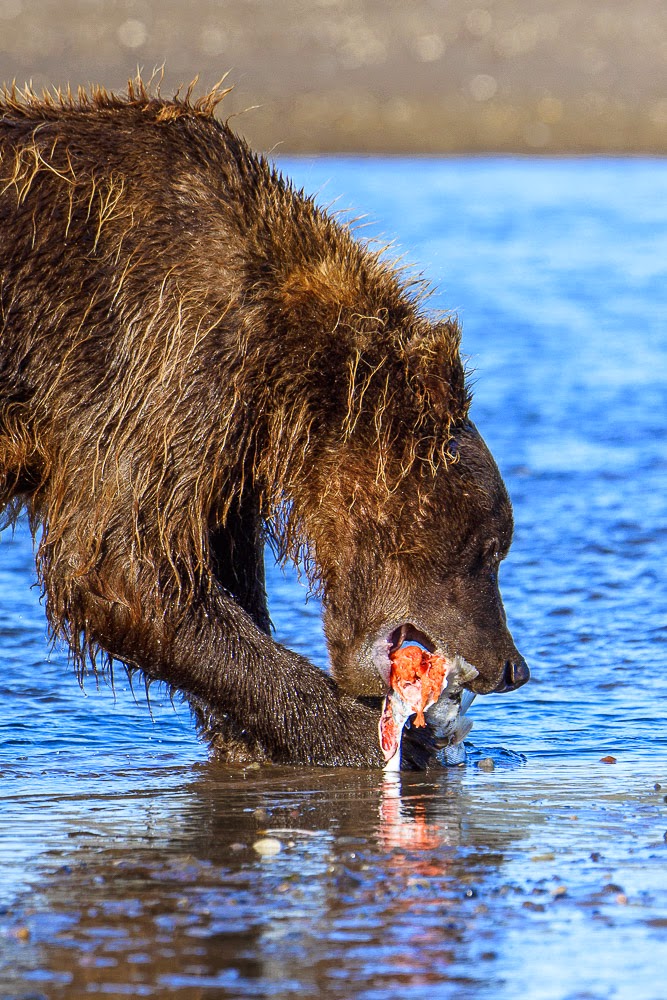 The encounters with the bears are diverse. Be it at the beach, on the meadow, the stream or at dawn on a bear trail. Sometimes from as close of less than 10 meters - but always with the necessary caution and with respect! 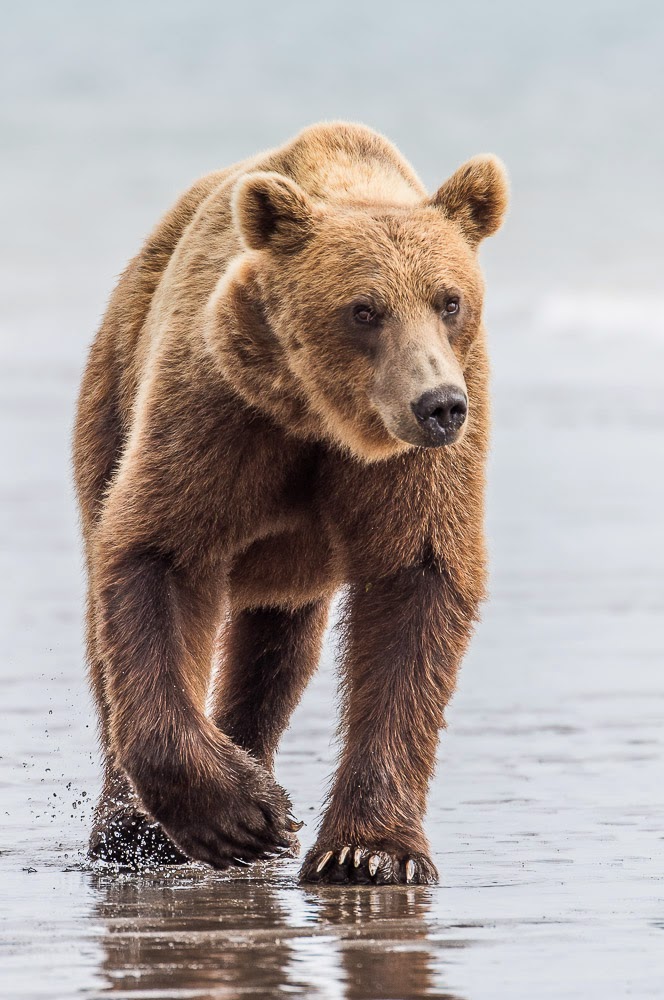 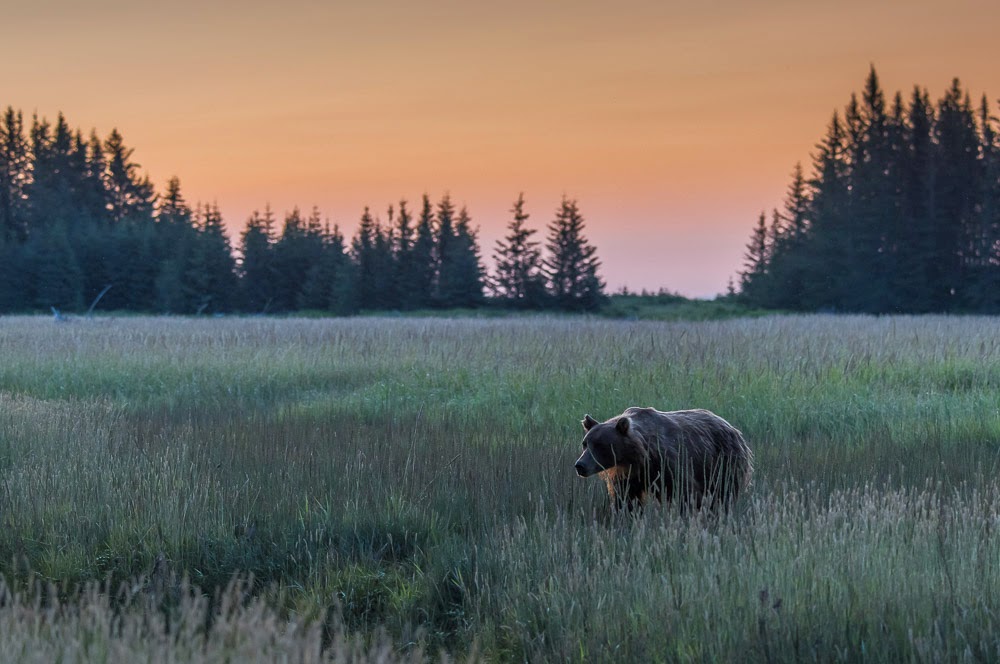