Bear and wolverine in Finland.

Bear, wolf and wolverine in the autumn colours of Finland were my goal in September. I knew that a trip to Scandinavia in the fall is a great risk. If the weather is rather unstable even otherwise, the probability of autumn storms is very large - and so it was!

Despite the unfortunate weather conditions I could take some nice shots of brown bears (Ursus arctos) thanks to my Nikon D3s, which is able to take images at very high ISO setting. The wolves, unfortunately, did not show up. 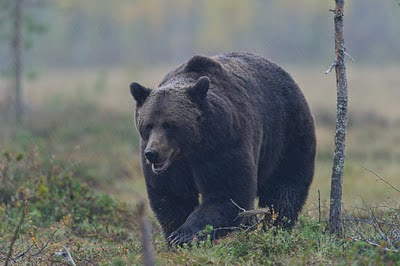 The bears were sometimes quite close to the hide and so I could make some beautiful portraits. 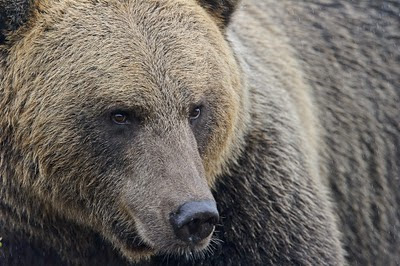 In between the sun winked through the clouds for a few minutes - enough time for some landscape pictures. 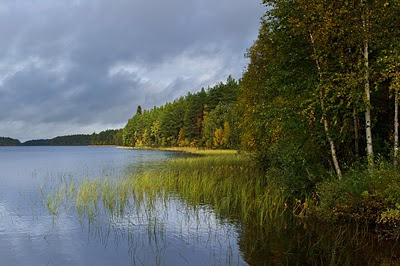 Very difficult to photograph is the wolverine. The wolverine (Gulo gulo) is the largest terrestrial member of the weasel family. In Europe there are only about 500 of this shy animals, which is about ten times less than lynx. Near Lieksa there is a small population of wolverines, which can be photographed from a remote hide. That means sleeping in a sleeping bag on a cot, from dawn until dusk watching the area closely, only to see with a lot of luck, after eleven hours of waiting an animal for 10 minutes. And some with low light or even rain. A special kind of patience. 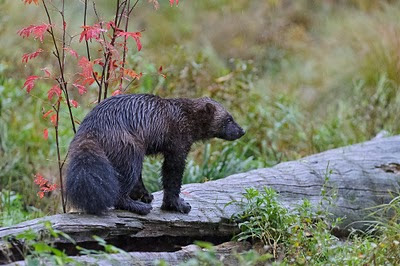 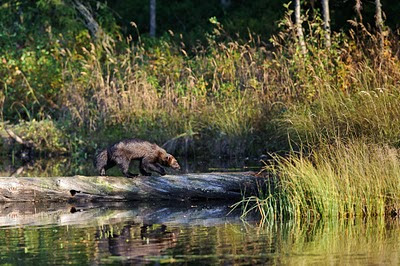 More pictures can be viewed in the gallery on my website.

My next trip leads me to the Omo Valley in Ethiopia to photograph landscapes, animals and people. The probability of rain there should be rather small ....
Posted by Rudolf Hug at 11:13 AM