After many years "wildlife photography in the north" I decided to explore the world of animals in more southerly climes. A completely different world - luxurious, both in the colours as well as the occurrence - but much more challenging light conditions! In thin clothing instead of thick down jackets - ten animals in a day instead of one animal in ten days.
The first part of the trip I spent in a small tented camp in the Masai Mara. Together with guides, which are the best wildlife photographers in Africa. (Organised by C4 Images - highly recommended - http://www.c4images-safaris.co.za) A simple camp but the warmth of the staff and the food leave nothing to be desired.

Already on the first day I was lucky to see a mother cheetah with five cubs. Only for a brief moment she pauses on a termite hill. Not posing for us, but to have a lookout for prey. 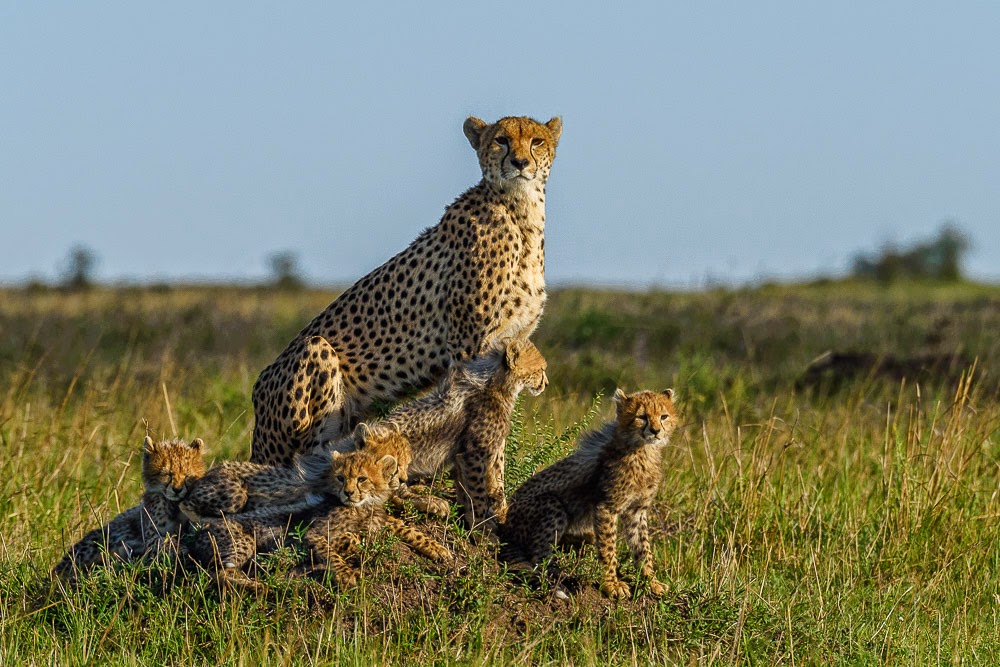 The Serengeti (Masai Mara is part of it) is known for the great migration of zebra and wildebeest. It is at the end of the migration time and so I can only see some smaller river crossings, but they are quite spectacular. Huge Nile crocodiles are waiting in the water, to get their share of this natural phenomena. 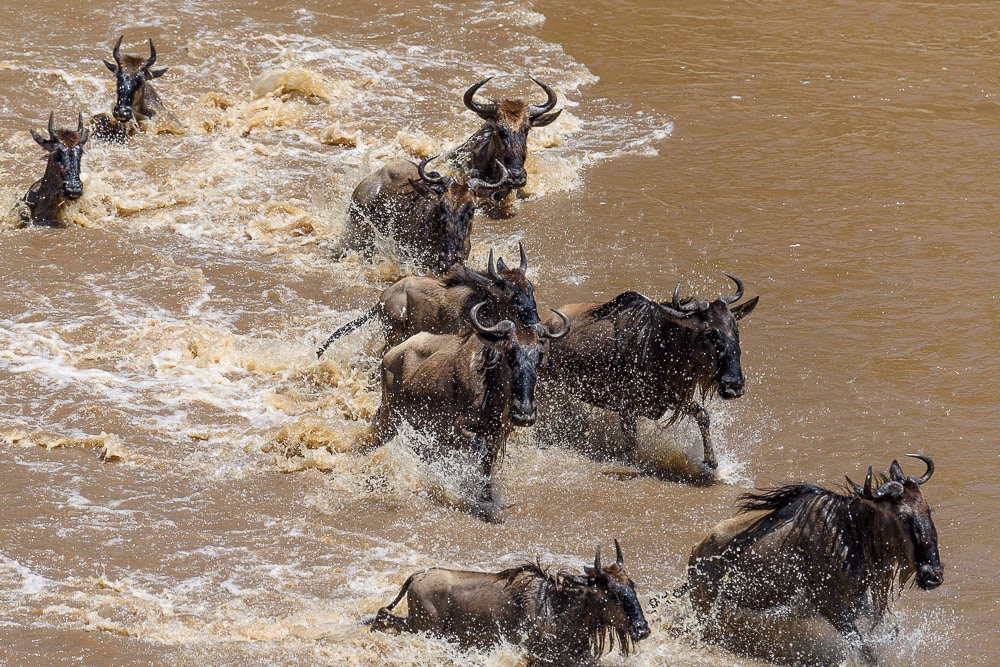 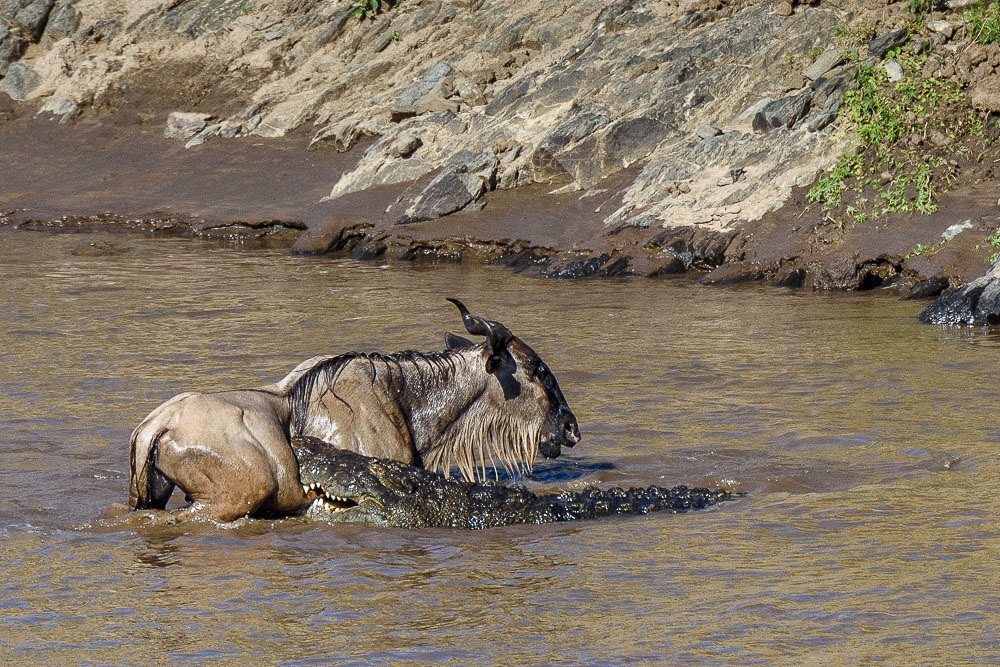 What is a safari without the "Big Five"? While elephants and buffalo are relatively easy to photograph, good lion pictures are a bit more difficult. Most of the time they sleep in the shade of a tree. The black rhino and the leopard on the other hand are real challenges and need a lot of patience. Especially the black rhino. Unfortunately there are fewer and fewer animals because of poaching. I had (with a lot of patience) the fortune to get excellent shots of one. Even my guide, the world-renowned photographer "Greg du Toit", said: "This is the best encounter with a free roaming black rhino I've had in my 20-year career." 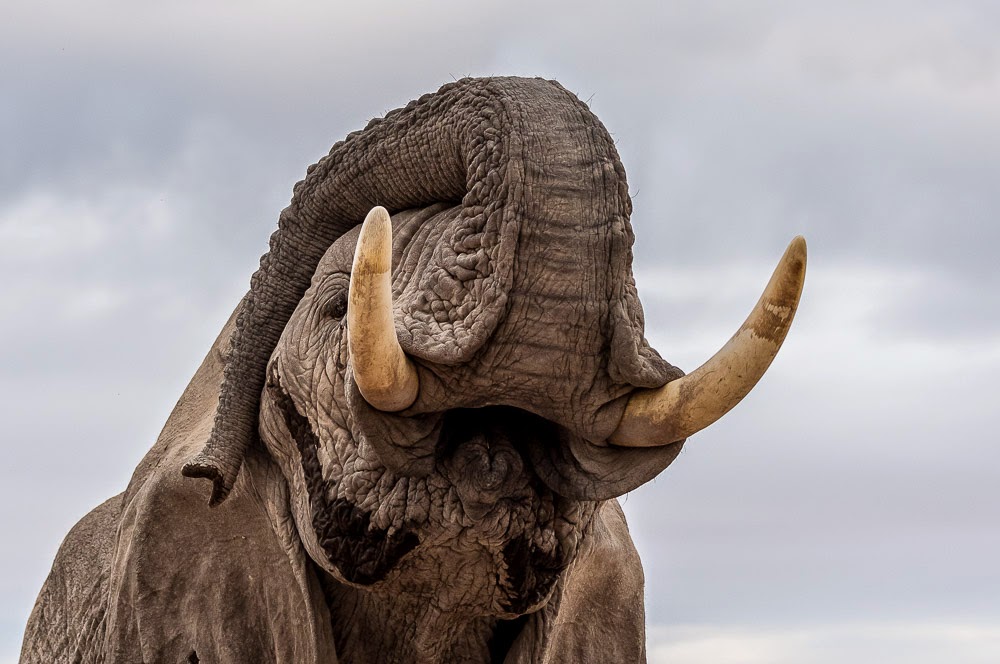 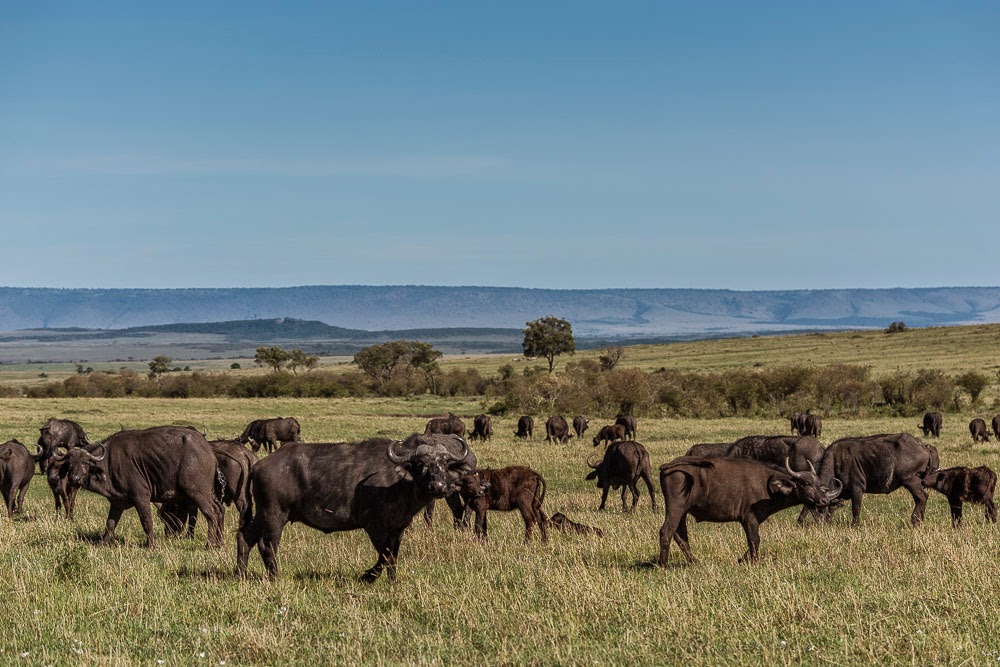 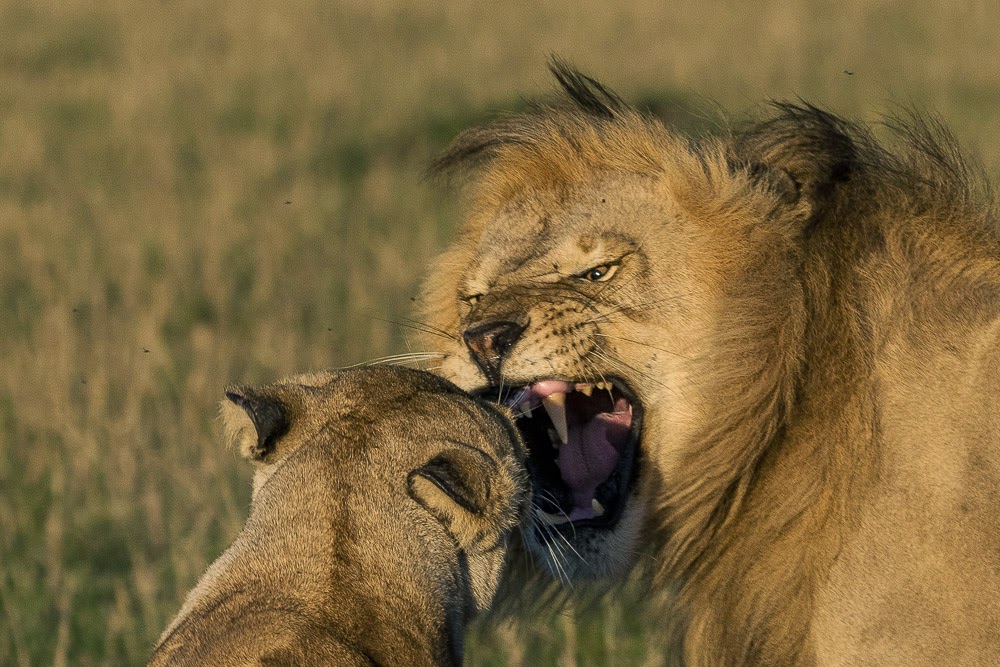 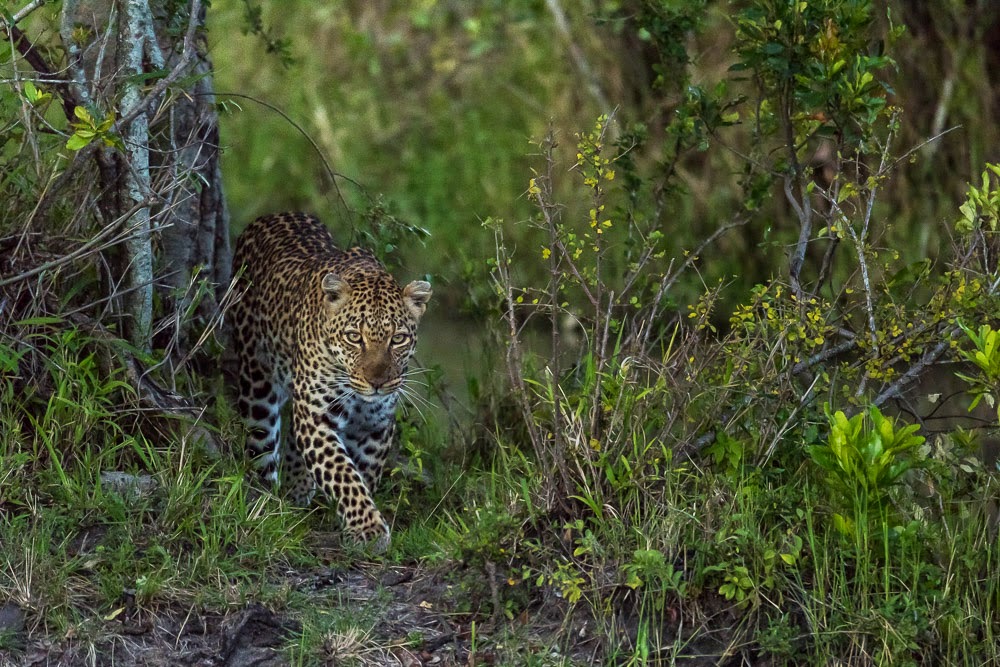 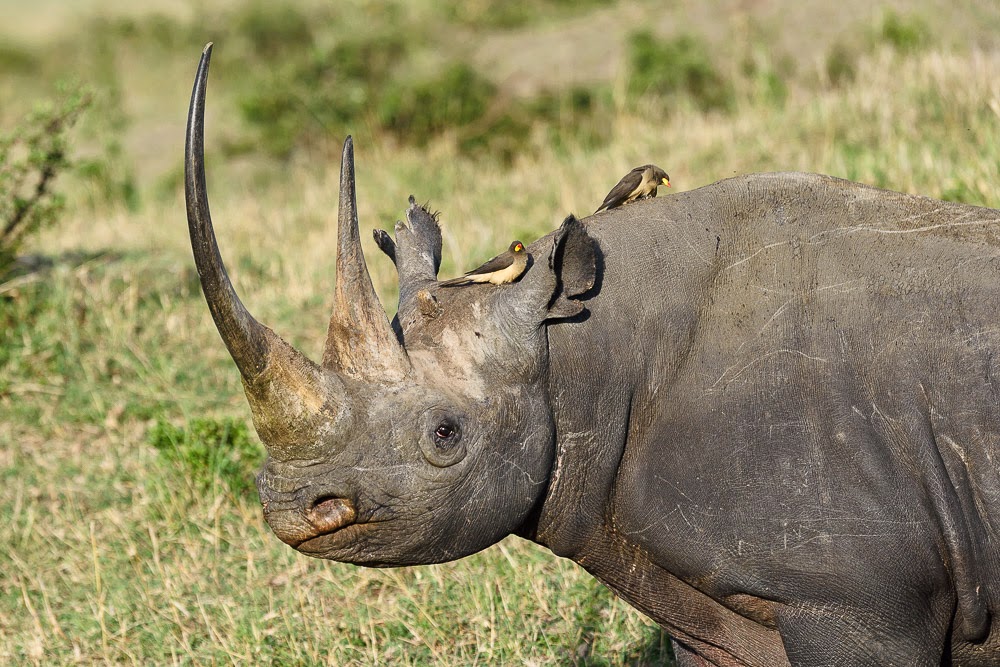 Even if the "Big Five" are on the wish-list of every wildlife photographer, there are a few much rarer animals. At the sight of a Pangolin even the local Masai get extremely excited. After many years in the bush as shepherds or guides not all of them have seen one before. A primeval, endangered mammal with long claws, which curls up into a ball, like a hedgehog, at threat.
A young striped Jackal backlit by the morning sun is also one of the rare events. 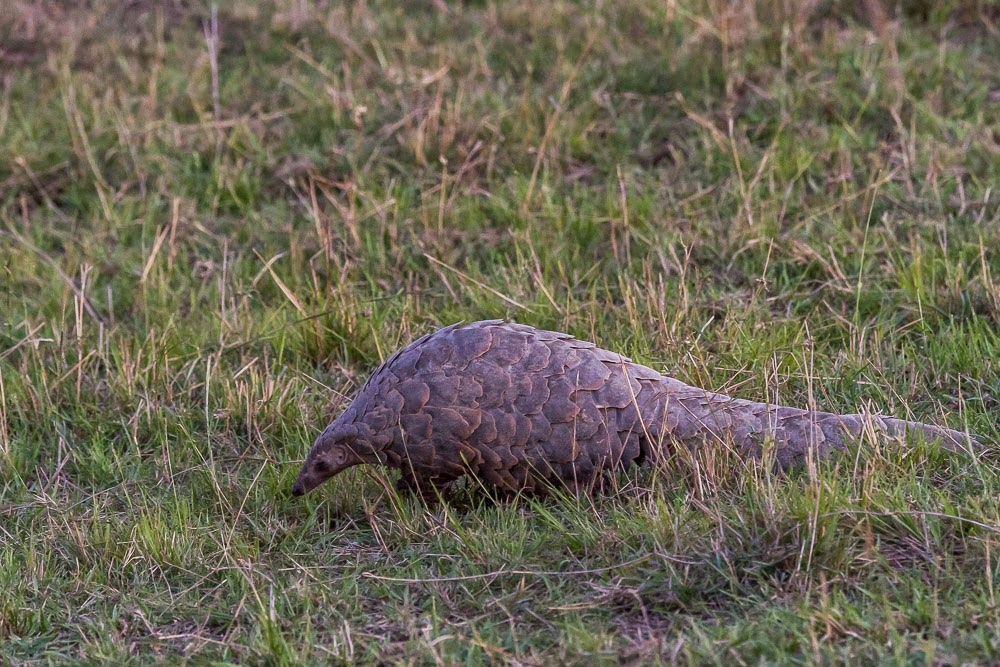 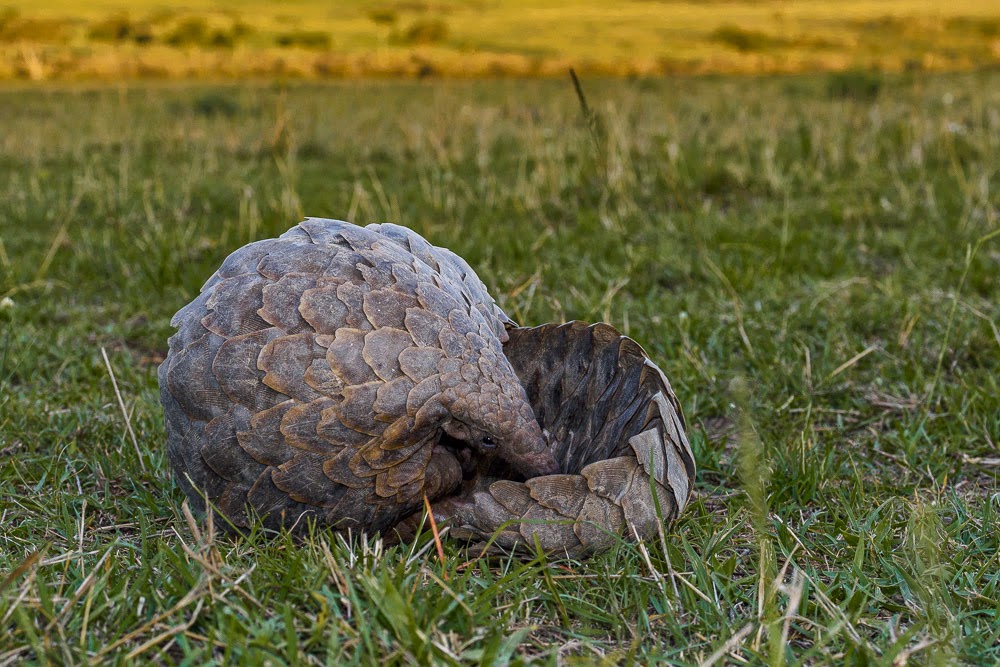 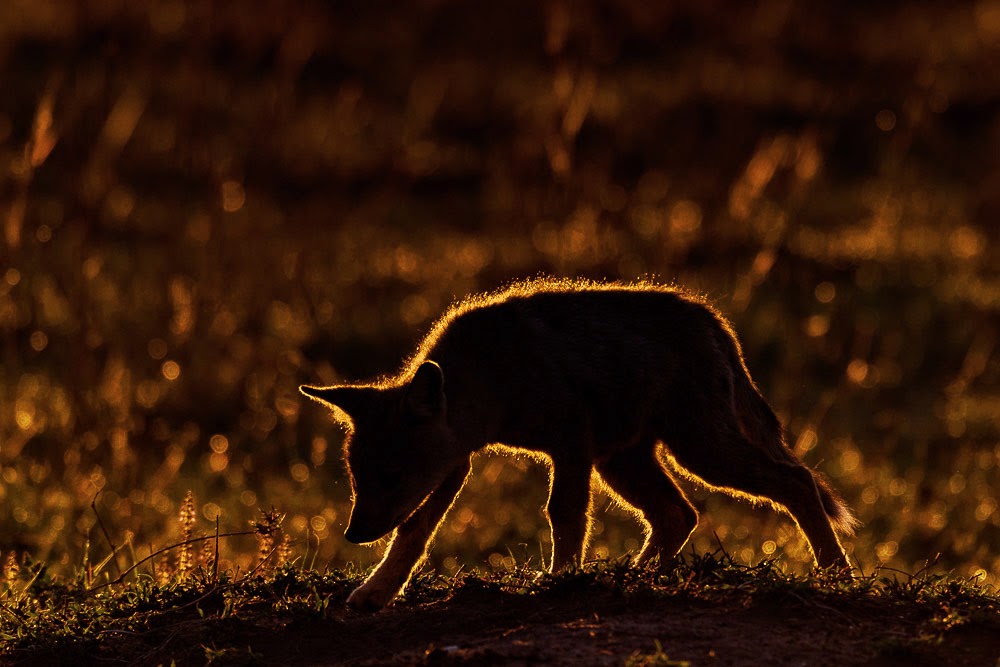 Just before the rainy season, huge cloud formations build in the late afternoon, which  develop into spectacular sceneries of structures and colors in the light of the setting sun.
The rising full moon and the elephant at the horizon are frozen in a very unique moment of time. 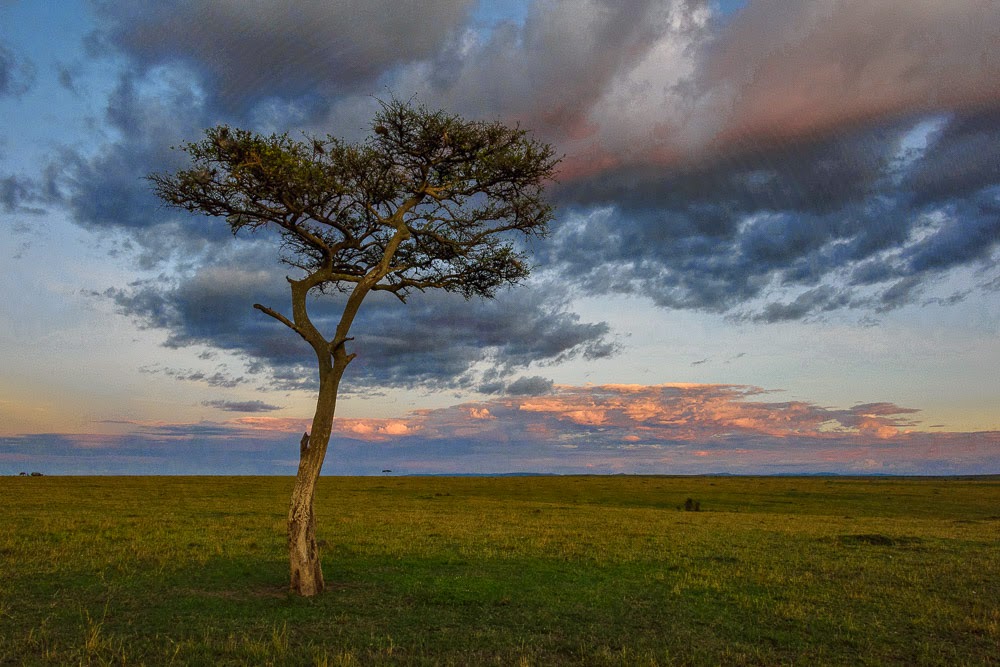 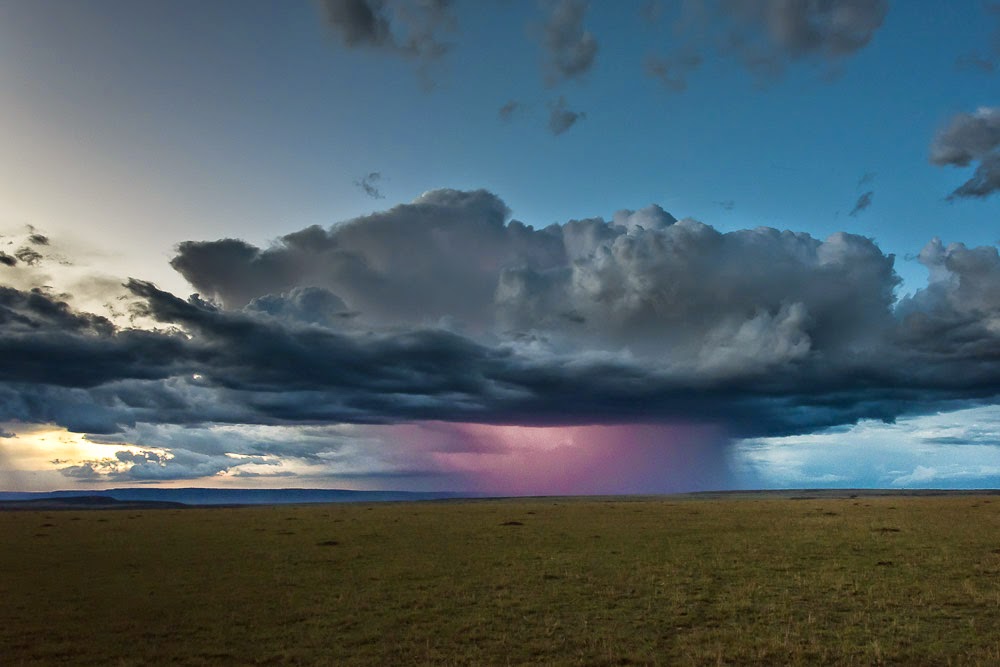 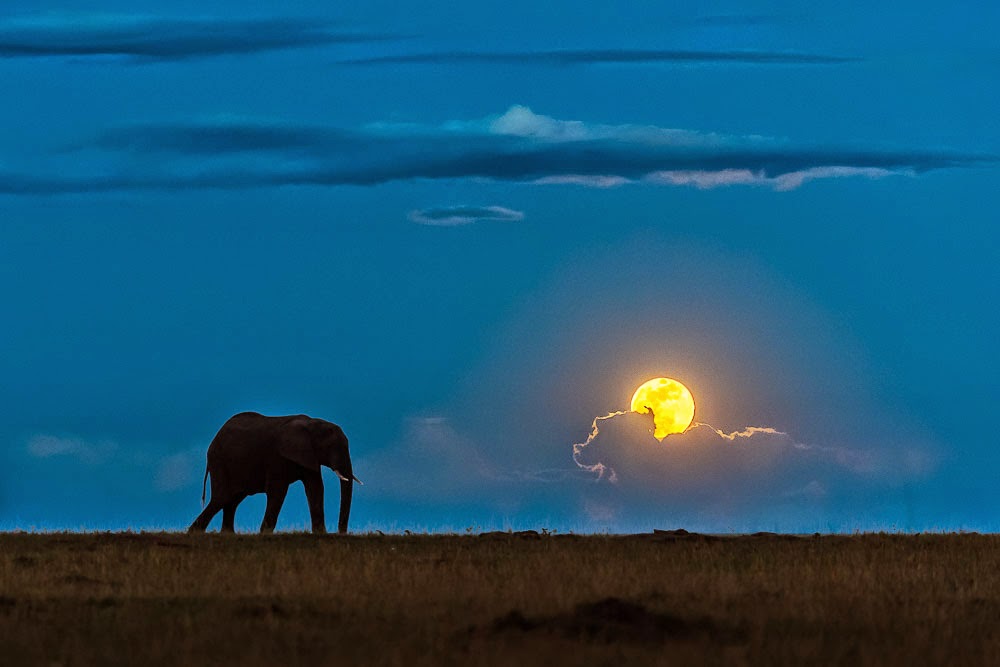 A very different landscape can be seen in the Amboseli National Park, in southwestern Kenya. Dry, sandy desert landscape around a lake that is fed by the Kilimanjaro. The animals walk long distamces, to drink at the water points. The big elephant herds not only fascinate me, but they touch my heart. 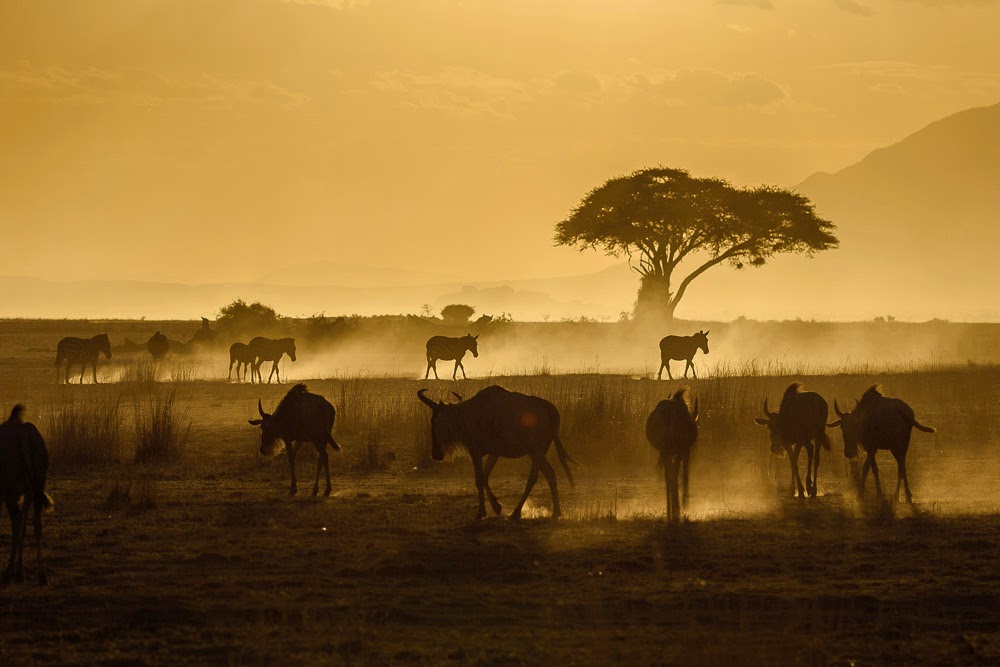 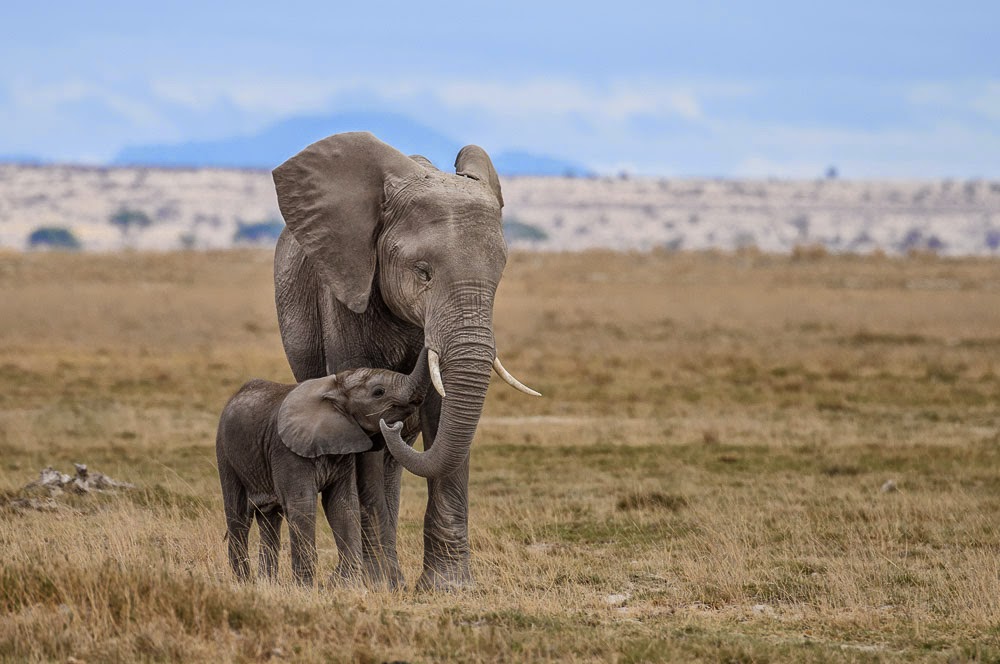 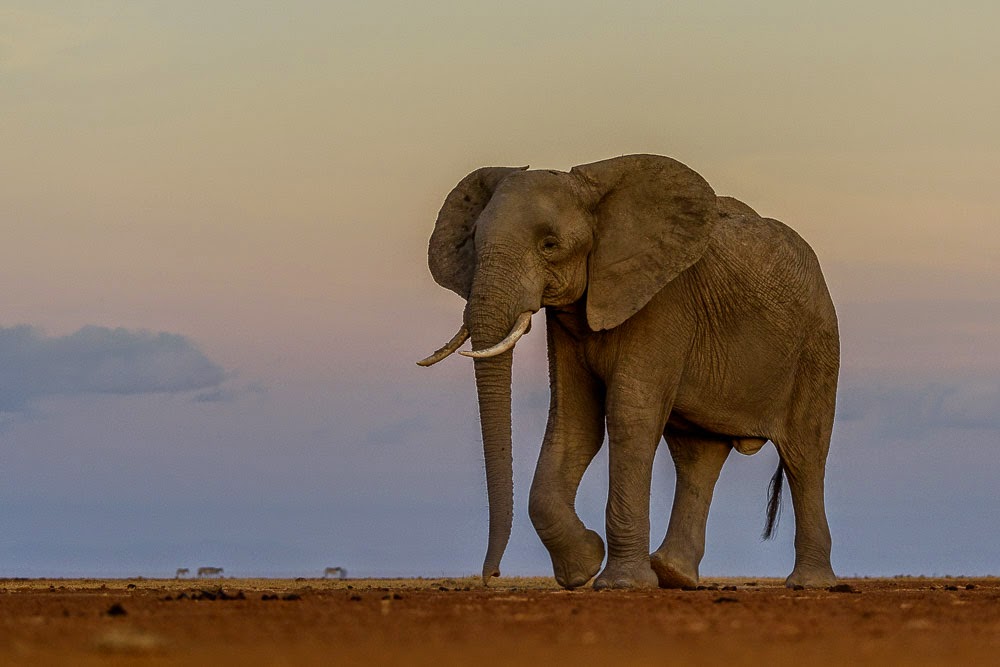 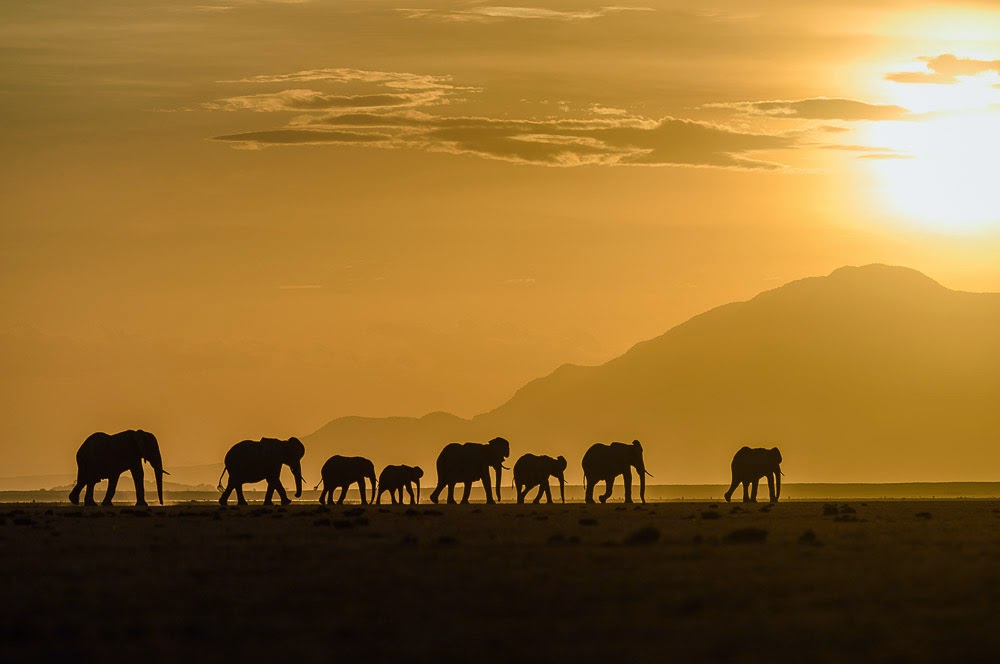 It is not my last trip to Africa. Already booked is a trip next summer to Botswana and South Africa.